Hydrogen Peroxide Is Available In Various Strengths And Grades, As Follows:

The Following Was Written By Becky Ransey Of Indiana (A Doctor's Wife):

"I would like to tell you of the benefits of that plain little ol' bottle of 3% peroxide you can get for under $1.00 at any drug store.

My husband has been in the medical field for over 36 years, and most doctors don't tell you about peroxide, or they would lose thousands of dollars.

1. Take one capful (the little white cap that comes with the bottle) and hold in your mouth for 10 minutes daily, then spit it out. (I do it when I bathe or shower.) No more canker sores and your teeth will be whiter without expensive pastes. Use it instead of mouthwash.

2. Let your toothbrushes soak in a cup of peroxide to keep them free of germs.

3. Clean your counters, table tops with peroxide to kill germs and leave a fresh smell. Simply put a little on your dishrag when you wipe, or spray it on the counters.

4. After rinsing off your wooden cutting board, pour peroxide on it to kill salmonella and other bacteria.

5. I had fungus on my feet for years - until I sprayed a 50/50 mixture of peroxide and water on them (especially the toes) every night and let dry.

6. Soak any infections or cuts in 3% peroxide for five to ten minutes several times a day. My husband has seen gangrene that would not heal with any medicine, but was healed by soaking in peroxide.

8. Fill a spray bottle with a 50/50 mixture of peroxide and water and keep it in every bathroom to disinfect without harming your septic system like bleach or most other disinfectants will.

9. Tilt your head back and spray into nostrils with your 50/50 mixture whenever you have a cold, plugged sinus. It will bubble and help to kill the bacteria. Hold for a few minutes then blow your nose into a tissue.

10. If you have a terrible toothache and cannot get to a dentist right away, put a capful of 3% peroxide into your mouth and hold it for ten minutes several times a day. The pain will lessen greatly.

11. And of course, if you like a natural look to your hair, spray the 50/50 solution on your wet hair after a shower and comb it through. You will not have the peroxide burnt blonde hair like the hair dye packages, but more natural highlights if your hair is a light brown, faddish, or dirty blonde. It also lightens gradually so It's not a drastic change.

12. Put half a bottle of peroxide in your bath to help rid boils, fungus, or other skin infections.

13. You can also add a cup of peroxide instead of bleach to a load of whites in your laundry to whiten them. If there is blood on clothing, pour directly on the soiled spot. Let it sit for a minute, then rub it and rinse with cold water. Repeat if necessary. I could go on and on. It is a little brown bottle no home should be without! With prices of most necessities rising, I'm glad there's away to save tons of money in such a simple, healthy manner!"

14. I use peroxide to clean my mirrors with, there is no smearing, which is why I love it so much for this.

Hydrogen Peroxide is described as an effective anti-viral, antibacterial, and anti-fungal, and can be used for anthrax decontamination. This sort of supports the effectiveness of hydrogen peroxide, don't you think?

Also: your body makes hydrogen peroxide to fight infection which must be present for our immune system to function correctly. White blood cells are known as Leukocytes. A sub-class of Leukocytes called Neutrophils produce hydrogen peroxide as the first line of defense against toxins, parasites, bacteria, viruses and yeast.

Simply put, it is the oxygenation of the body. Sickness and tumors are generally oxygen-hating growths which thrive in oxygen-poor bodies.

15. Gargle with hydrogen peroxide, put drops in the ear and nose to end colds, flu, chronic sinusitis (including polyps], and infections.

16. Use as a vegetable wash or soak to kill bacteria and neutralize chemicals.

17. Disinfect your dishwasher or refrigerator.

18. Use it on trees and plants as a natural fungicide, insecticide, and as a weed killer.

19. Clean with hydrogen peroxide when your house becomes a biohazard after its invaded by toxic mold, such as those with water damage.

Throughout the world hydrogen peroxide is used instead of chlorine as a safer and eco-friendly municipal water purifier. Some use H2O2 in pools and spas.

Dr. Edward C. Rosenow, author of 450 published medical papers and associate at the Mayo Clinic for over 60 years proved 70 years ago (1914) that bacteria could be found consistently in the lymph nodes that drain joints (J.A.M.A., April 11, 1914).

He was probably the first scientist to postulate that H2O2 would help arthritis because of its ability to supply oxygen to oxygen-hating organisms causing arthritis (Streptococcus Viridans)."
All of the above info came from ALTERNATIVE-HEALTH GROUP.ORG - http://www.alternative-health-group.org/hydrogen-peroxide.html
They have much more info on their site, if you want to do some research. 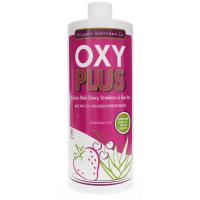 Customer Service
Testimonials
Low Blood Iron
I just wanted to let you know how much I enjoy your product! I was having trouble giving blood becau...