·       Vitamin B-12: Vitamin B12: According to a 2010 BBC News Health article, evidence is mounting that blood levels of vitamin B12 may be connected to the risk of developing Alzheimer's. The article references a Finnish study where researchers noticed that those with the highest levels of vitamin B12 were the least likely to be diagnosed with dementia. The mode of action is believed to center around homocysteine, a chemical made in the body that has been linked to increased risk of strokes and dementia. Adequate levels of vitamin B12 in the blood are known to reduce circulating levels of homocysteine. Read more: http://www.livestrong.com/article/303337-the-best-supplements-to-prevent-alzheimers-senile-dementia/#ixzz1Dn3iKrMc

·       Ginkgo Biloba: Ginkgo biloba is an herb that can increase infusion rates of blood, and therefore oxygen, to the brain, which is why it's used to help maintain cognitive functions. The Brain Research Institute at UCLA believes that ginkgo biloba may help improve memory and could even protect against Alzheimer's. In 2006, UCLA researchers found significant improvement in verbal recall among a group of people with senile dementia, who took ginkgo biloba for six months, when compared with a group that received a placebo. Read more: http://www.livestrong.com/article/303337-the-best-supplements-to-prevent-alzheimers-senile-dementia/#ixzz1Dn490WfU

·       Turmeric: Turmeric root is commonly used as a spice in curry sauces and contains curcumin, which has been studied in relation to Alzheimer's. A 2001 study published in the "Journal of Neuroscience" found that curcumin extract supplements given to mice reduced their Alzheimer's-associated amyloid plaques by up to 30 percent in just one week. Most brain researchers believe that preventing or reducing amyloid plaques in the brains of Alzheimer's patients is crucial because the plaques interfere with proper brain function and contribute to senile dementia. Read more: http://www.livestrong.com/article/303337-the-best-supplements-to-prevent-alzheimers-senile-dementia/#ixzz1Dn4Yyjun

·       CoQ10: Here’s an exciting new reason to take CoenzymeQ10: It may help protect your brain from Alzheimer’s. CoQ10, a potent antioxidant, blocked the type brain damage that leads to Alzheimer’s disease, say researchers at Johns Hopkins University and Hamdard University in India, who tested CoQ10 on animals with Alzheimer’s-type brain damage. The Alzheimer’s animals that did not get CoQ10 showed significant loss of cognitive performance. However, animals with Alzheimer’s-like brain damage that got daily supplements of CoQ10 showed no signs of diminished cognitive performance and were just as intellectually competent as animals with no Alzheimer’s damage. Examinations of the animals’ brains revealed severe neurological dysfunction in those not given CoQ10 and virtually none in animals that took daily oral doses of CoQ10. In short, the brains of the animals fed CoQ10 remained normal and their learning and memory, as determined by tests, were completely intact. Researchers explain that ”CoQ10 supplementation improves learning and memory deficits possibly by inhibiting oxidative stress (damage from attacks by free radical chemicals that worsen with age), and improving levels of adenosine triphosphate (ATP). ATP regulates energy production in the cell’s tiny factories (mitochondria). Source: Ishrat T., Behav Brain Res 2006 Apr 16. Epub) http://www.stopagingnow.com/liveinthenow/article/coq10-blocks-alzheimers-damage

·       Lecithin Granules: Lecithin is a fat that is essential in the cells of the body. It can be found in many foods, including soybeans and egg yolks. Lecithin is taken as a medicine and is also used in the manufacturing of medicines. Lecithin is used for treating memory disorders such as dementia and Alzheimer’s disease. It is also used for treating gallbladder disease, liver disease, certain types of depression, high cholesterol, anxiety, and a skin disease called eczema. http://www.webmd.com/vitamins-supplements/ingredientmono-966-LECITHIN.aspx?activeIngredientId=966&activeIngredientName=LECITHIN 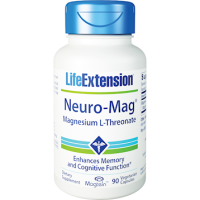 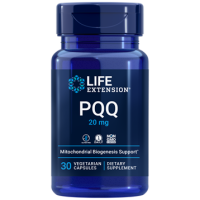 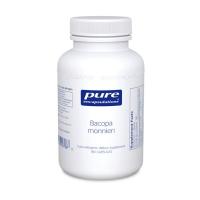 Testimonials
My lab results showed no signs of anemia after using BTG
I'm a customer of yours and one of my friends, Joan is now ordering from you and I just ordered two ...

We will send you email notification when item is back in stock.