What is leaky gut syndrome?

Leaky gut syndrome is a hypothetical condition. It’s based on the concept of relative intestinal permeability.

Studies have shown that people who have certain chronic gastrointestinal diseases have leaky guts that let larger molecules through — potentially toxic ones. Part of the job of your intestinal lining is to act as a barrier to bacteria and other infectious agents inside the gut. This barrier is an important agent in your immune system.

Leaky gut syndrome is a theory that intestinal permeability is not only a symptom of gastrointestinal disease but an underlying cause that develops independently. If your intestinal barrier is impaired, it may be letting toxins into your bloodstream. These toxins may trigger an inflammatory response that may manifest as various diseases.

The theory has some appeal as a way of explaining various conditions that we haven't been able to fully explain yet, but the evidence is lacking. We know that the condition of having intestinal permeability or a “leaky gut” is real, but we don’t know that it's a disease in itself, or that it causes other diseases. It’s not currently a recognized medical diagnosis.

What disease is associated with leaky gut?

There are diseases that are known to be associated with intestinal permeability, and there is a lot of speculation about other possible diseases that might be connected to it.

Intestinal permeability is a recognized feature of several inflammatory and autoimmune diseases affecting the digestive system, including inflammatory bowel disease and celiac disease. In these cases, scientists generally consider it to be a symptom, not a cause. These diseases cause chronic inflammation in the intestines, which leads to erosion of the intestinal barrier gradually over time.

Many other diseases have been suggested as possible consequences of leaky gut syndrome. The idea is that “toxins” from your intestines may leak into your bloodstream and cause an inflammatory response. Chronic low-grade inflammation may, indeed, be a factor in many of these diseases, including metabolic disorders such as obesity and diabetes, arthritis, chronic fatigue syndrome, asthma and fibromyalgia. But the rest remains unclear.

Scientists have measured higher levels of gut bacteria products in the blood in people with gastrointestinal (GI) diseases that are known to cause intestinal permeability. In these cases, inflammation is primarily from other causes, though bacteria products could make it worse. They’ve also measured it in liver disease, which is directly related to the gut. Bacteria products traveling from the gut to the liver via the portal vein could contribute to liver disease, but is not necessarily the cause of it.

Who does intestinal permeability affect?

The known causes of intestinal permeability involve systematic erosion of the intestinal lining. This is not a simple feat. Your intestinal lining has many layers of defense. And while it can be injured temporarily, it is designed to constantly repair and replenish itself. To actually wear it down enough to penetrate the lining requires a significant assault. That usually means a chronic disease, chronic drug use or alcohol abuse or radiation therapy.

The theory of leaky gut syndrome suggests that anything that injures your gut lining can lead to intestinal permeability if the injury is persistent enough. Therefore, common everyday factors such as diet and stress may cumulatively wear down your intestinal lining until it becomes permeable. Scientists aren’t sure about this, but they do agree that these everyday factors may cause inflammation in your gut lining and uncomfortable GI symptoms for you.

How does a leaky gut affect my body?

Erosion of the intestinal lining

If your gut lining is under constant assault, eventually it won’t be able to fend off erosion by chemical irritants, abrasive particles or bacteria inside your gut. This is what happens in peptic ulcer disease and SIBO (small intestinal bacterial overgrowth). The wrong kind of bacteria overwhelms the other bacteria that would usually balance them. The erosive acids and enzymes in your gut overwhelm the protective mucus that usually neutralizes them.

Erosion of your gut lining will affect your digestion, your immunity, and your sensitivity to pain in your intestines. And in some cases, it may lead to intestinal permeability. But it doesn’t have to go that far for you to feel unwell. If you have gastrointestinal symptoms, these are likely related to the underlying condition that would be injuring your intestinal lining in the first place. Many gastrointestinal diseases share these same symptoms.

Some people do have increased intestinal permeability, but it’s difficult to separate symptoms of intestinal permeability from the inflammation that precedes it. When your gut lining is more permeable, bacteria living in your gut could cross the intestinal barrier, but we don’t know if this does significant harm separate from the original disease or injury that caused it. Some studies suggest that bacteria products traveling from the gut to the liver may contribute to liver disease.

What is the main cause of a leaky gut?

If your intestinal barrier has been breached, it has been under significant assault, probably for some time. The most direct causes of intestinal permeability include:

What are the symptoms of a leaky gut? 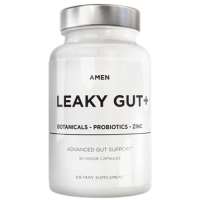 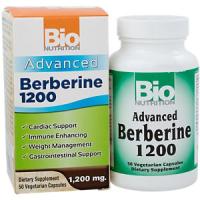 Customer Service
Testimonials
I lost almost 50 lbs, and I owe it mostly to BTG!
Tammy, I have been meaning to write you for a while to let you know what we think of the Better Tha...